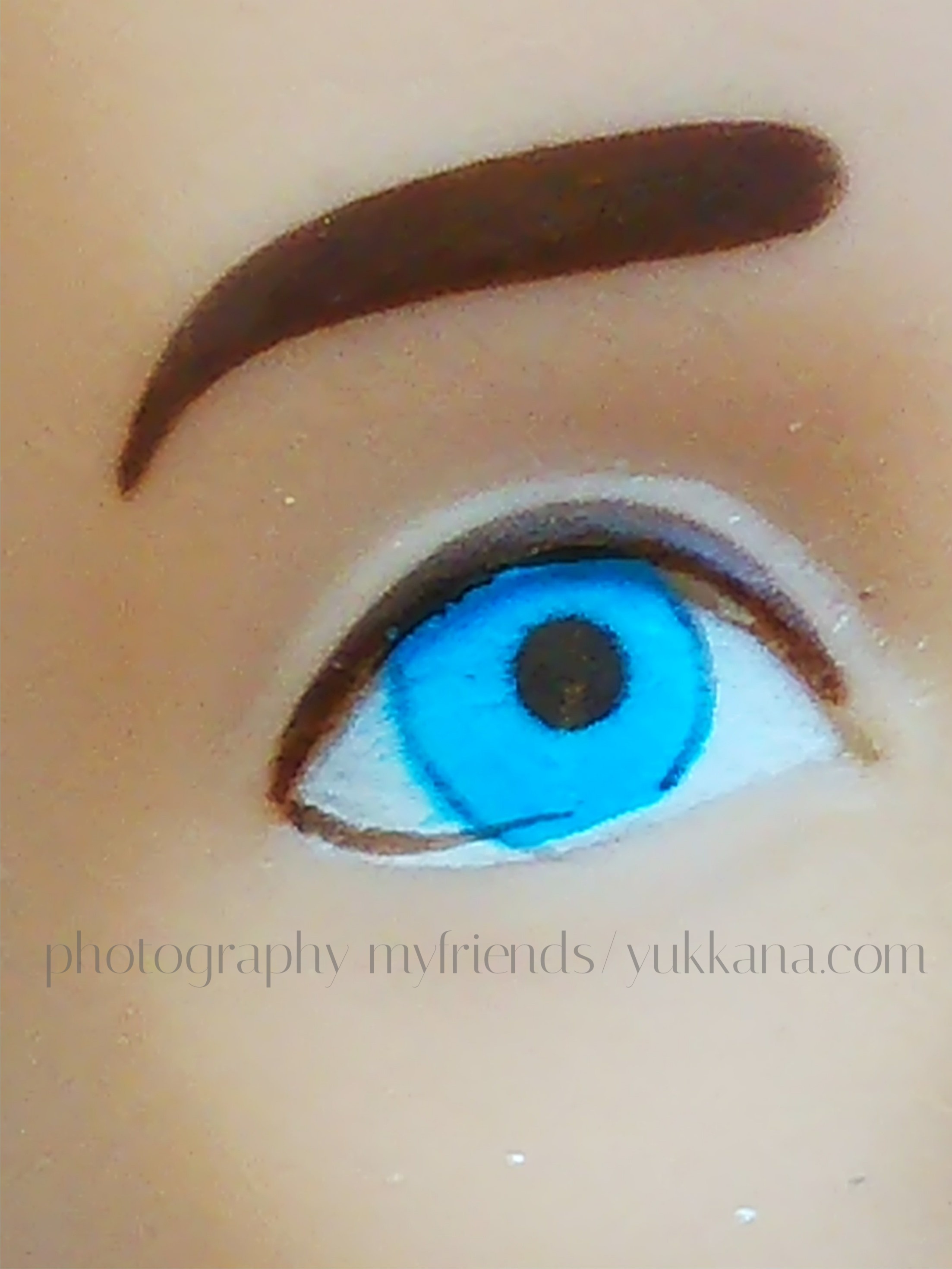 His eyes are definitely changed from 1965 Ken. some kind of hand-painted pupils of him until 1964 changed to stencil or print.

Also his eye liners seems to have changed to stencil or print.

His eye brows, eyes(white part) and lips are drawn with a stencil/spray the same as before. 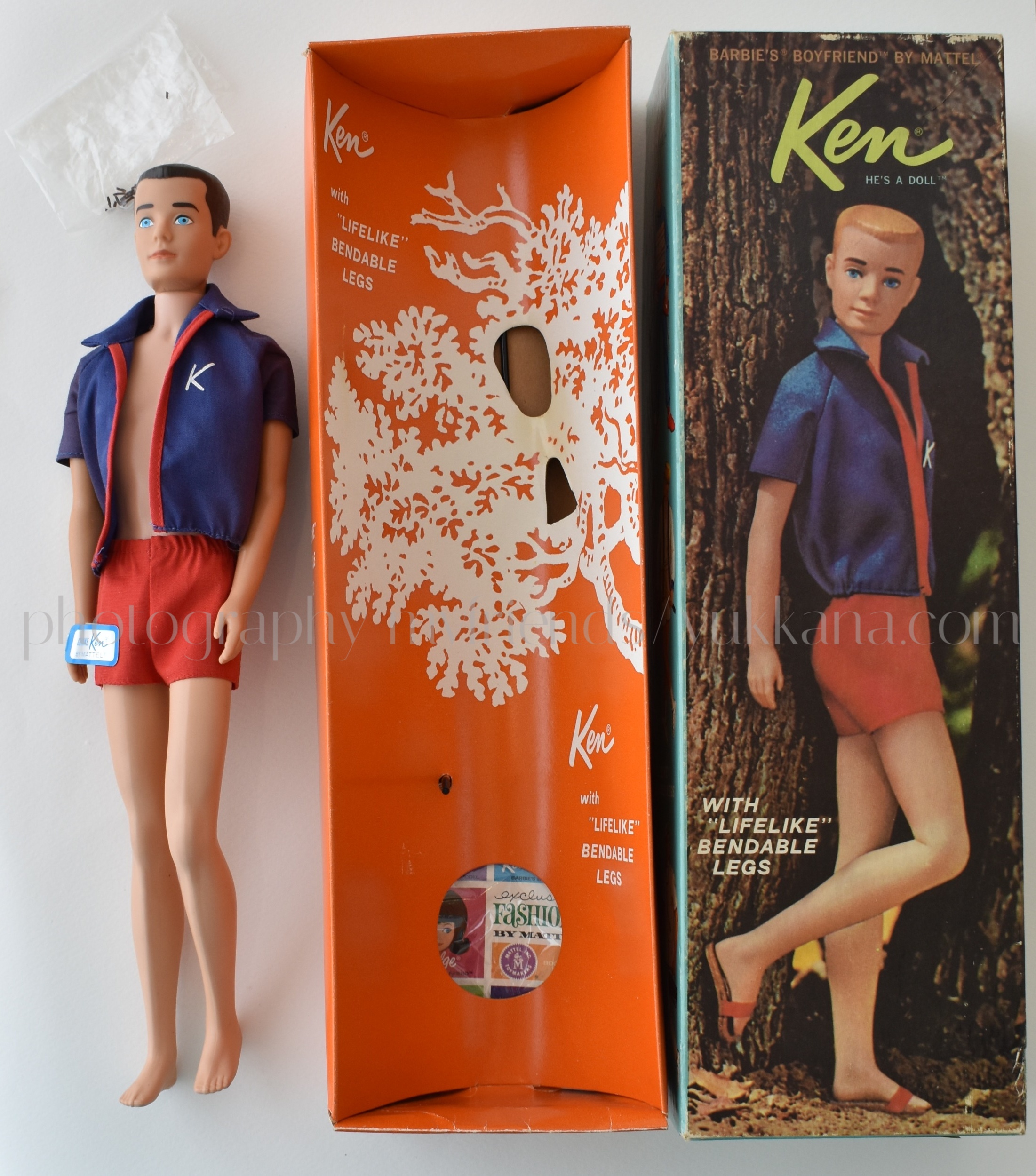 he had an original plastic head cover and rubber bund on his head and I removed them for him. 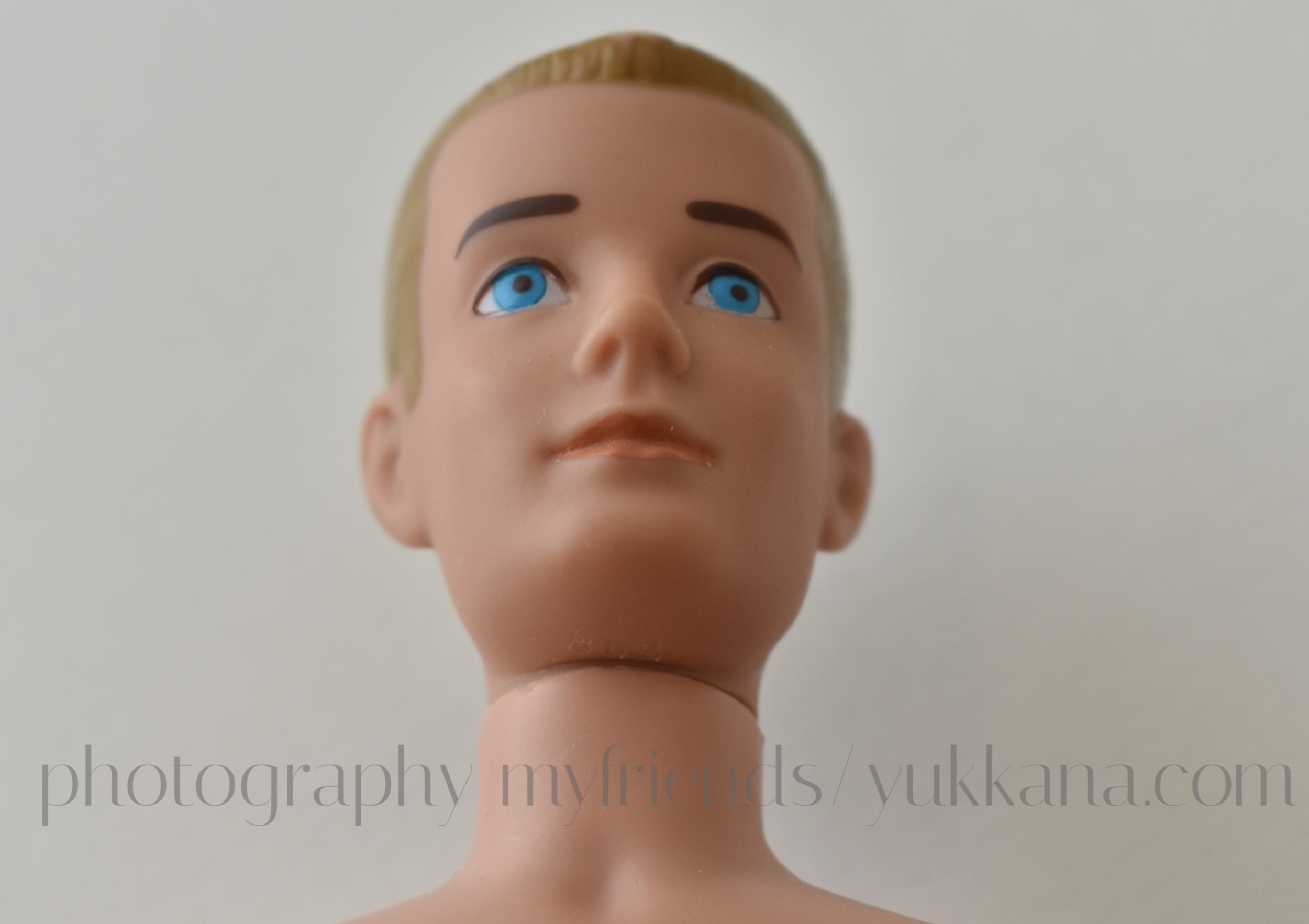 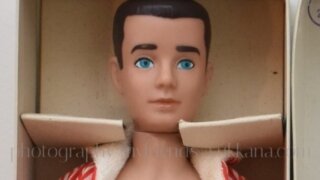 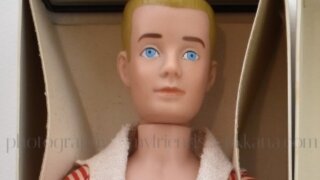 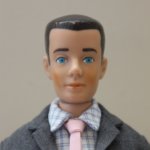 どうぞよろしくお願いいたします. nice to meet you here!